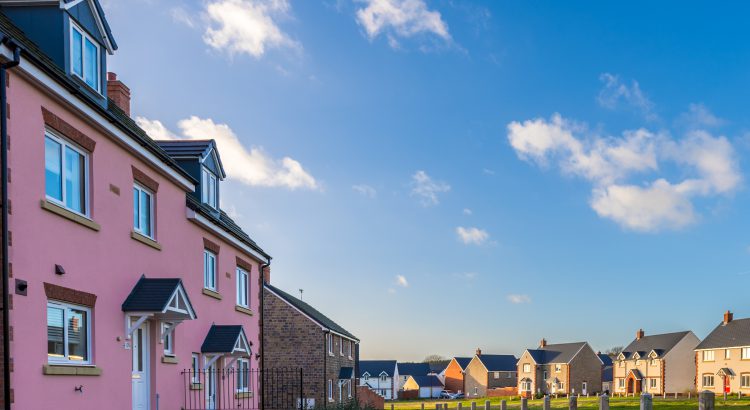 Lucy S, a Customer of Charles Church, has contacted us to share her poor experience had with the home builder and parent company Persimmon Homes.

“Hi I would like to tell you about our experience with buying from charles church/persimmon. We moved in on the 21st of December 2013. We thought that this would be our dream home, we were so thrilled when we moved in. Within a few months of living here the snag list got done slowly, and poorly I might add, for example the painter came to touch up the walls, he used the wrong paint and we were stuck with blotchy walls. Luckily we were unable to use the bath as the water was too cold, the bath was not connected and im so thankful that the water was too cold..can you imagine!

Then came the bad weather, we woke up one Sunday morning to very heavy rain and wind, upon looking into the front bedroom we saw water literally pouring into our house!! It’s was bursting through the plasterboard and pouring in around the window, we frantically tried to mop up water and put buckets down while calling the sales office, she told us to call back in the morning because “it’s a sunday” we could not believe what we were hearing! After getting nowhere we hung up and started filming what was happening, we went to the sales office and began showing our footage in front of customers, it was the only way to get some help. She phoned someone and told them that we were in the sales office with video footage and no they are not going to leave. … magically then a roofer appeared 10 minutes later.

The lead flashing around the base of our 3rd story dormer window had not been properly fitted, they had placed 2 short pieces of flashing, overlapping each other, leaving a decent sized gap for water to pour straight in. That was when we found out that our 3rd story carpet was flooded as well, so much water that it flowed over your feet when you stepped on it! The work was done gradually and I mean over 4 months!!! The flashing was repaired straight away but the internal damage? It took 4 months. We both had to take an unpaid day off work to wait for contractors, on both days they failed to show up with no phone call!

When the work was finally done and a few months went by and again after a night of bad weather it happened again!!! We were angry and frustrated what could we do? We called customer care and I expected to get help from Ailleen but instead she wanted to have an argument and try to belittle me! I was disgusted, I made a complaint and got a response from a manager at least. Luckily so far none of our possessions are damaged by water, this time they decide that it must be the window so will send the windows contractors, my partner is a bricklayer by trade and he tried to tell them it is not the window but the window head, we had to argue with Ailleen who thought she knew better to send the right contactor out. We finally won the battle after being faced with attitude and rudeness, my last comment to her was “Ailleen this is our home” we refused to deal with her after that.

When repairs began a second time, plaster had to be hacked off and the window head had to be pulled out, even the contractors were disgusted at what they found, they way the head and the waterproofing had been done was so bad that they remarked that our house should not have passed the inspection. ….so yes we had months of more repairs, persimmon doing them in their own time you must understand see that theirs people who have just moved in to deal with… Yes the same problem happened a third and a fourth time, then we had a year and a half of peace, it’s been lovely, up until 4 days ago when we found water dripping in through the same window and water collecting in the plasterboard above the window, we couldn’t do much as it was Sunday night, we put towels down but thankfully there’s not a large amount of water, buy still there’s water coming in yet again, this time it ran down the neck of my son’s electric guitar, now I am angry as hell, it may be enough to warp the wood or it may not, but why should my son’s most precious possession get wet!! It shouldn’t be happening at all.

I have been leaving voice mails for jodie at customer care and im still waiting for a call back, I’ve asked the receptionist to put me through to a manager as I feel we’ve passed the customer care stage now with this, the ones wearing the suits!!! That is who should be dealing with this but I guess they aren’t interested either seeing as the receptionist sent off an urgent email this morning to a manager, well im sitting here waiting hours later, waiting for the phone to ring as I type this. While I wait, im wondering, how did our house pass the inspection? Im wondering if rumours on the site are true about some of the work is being done by people who are not qualified to be doing that certain job, such as apprentices, I hope this isn’t the case, but when I see the lack of respect to us by the on site workers, I’ve seen dangerous driving, I’ve seen vehicles carrying roof frames so dangerously I was cringing. I had my own experience. walking through the site on my way home from work one day, as I was walking I saw a vehicle with the forks on the front speeding around a corner, he had to swerve violently and those forks swung across the paved! !! If I had been a few steps ahead I might not be here today, I’ve seen him a few times after that, he always stares at me.

It’s clear to say that many safety rules are broken on this site every day. besides that weve had to replace every part on our watertank on the 3Rd floor in the last year, they had to replace a part on it within the first few months because it was overheating, they took months to do thst as well, i guess we were lucky that it overheating didnt endanger our lives? Ive seen footage of one of them blow up and it would kill people. They dont care about us after the money has changed hands. SHAME ON YOU PERSIMMON, ANOTHER GREEDY CORPORATION WHO ONLY CARE ABOUT LINING THEIR POCKETS!!!! I want to hear from one of you before the end of the day if you are reading this, I hope you are I want to thank the people who have set this up, thank you for giving us a way to come together, together we are much stronger. Thank you Lucy, Parc derwen”